Today, April 25th, is World Malaria Day (WMD). It is a chance to take a breath and take stock of the state of the fight against malaria. We have numerous examples of successful collaborations between governments and industry, which lay the groundwork for strengthening these efforts and set a blueprint for novel initiatives. In light of the worrying trends in the global fight against malaria, and especially in the regional fight within Africa, these and other similar efforts must be supported in order to tip the scales and set humanity on track to defeat malaria for good, and to reap the economic and social benefits of generations of people growing up without the specter of malaria.

Malaria continues to have immense and calamitous global impact, but it is also a disease where illness and needless deaths can be prevented. There are numerous success stories which show us what can be achieved with strategic and coordinated action. According to the World Health Organization (WHO)’s 2018 World Malaria Report, significant progress has been demonstrated in decreasing the incidence of malaria in countries such as India, Rwanda, Ethiopia and Pakistan, offering a paradigm for the efforts taking place in other countries.

On the other hand, there are just as many harrowing findings from the report.  It found that “no significant gains were made in reducing malaria cases in the period 2015 to 2017,” and that “[t]he estimated number of malaria deaths in 2017, at 435,000, remained virtually unchanged over the previous year.” WHO also stated that “the world is currently not on track to achieve two critical 2020 milestones of the WHO Global Technical Strategy for Malaria 2016–2030 (GTS): reducing malaria deaths and disease by at least 40% by 2020.” Given the nature of the disease, stalled progress puts the world at increasing risk of losing some of the gains that have been made in recent years. This means it’s more urgent than ever that the private and public sectors, and other key stakeholders in the global health community, work together to accelerate progress to eliminate malaria.

The problem is especially bad in Africa; “there were an estimated 3.5 million more cases of malaria in the 10 highest burden African countries” in 2017 compared to 2016, and approximately 92% cases of malaria and 93% of deaths caused by malaria occur in African countries. Malaria is an important target for African private sector investment, as a completely preventable and treatable yet life-threatening disease with an enormous detrimental effect on the continent’s economy. Malaria costs Africa approximately US$12 billion per year in loss of productivity, and hurts the next generation of workers as it causes around 10 million missed school days per year.  Furthermore, malaria claims the life of a child every two minutes, and most of these deaths are in Africa, where more than 250,000 children die from the disease every year.

An extremely promising development announced just this week by WHO is a pilot implementation program for the world’s first malaria vaccine, which could potentially become a game-changing tool in the fight against malaria. The vaccine, RTS,S/AS01, also known as Mosquirix™, is the result of a 30+ year effort and was initially created in 1987 by scientists in GSK labs.  The vaccine is not viewed as a standalone solution, and is to be used in addition to the host of recommended tactics for malaria prevention. Clinical trials found that Mosquirix prevented approximately 40% of malaria cases.

As part of a large-scale pilot program, in partnership with ministries of health in Ghana, Kenya and Malawi and other regional and international groups, the vaccine will be distributed in these countries in order to “generate evidence and experience to inform WHO policy recommendations on the broader use of the … vaccine.” The recommendations will be informed by data regarding “vaccine uptake, including whether parents bring their children on time for the four required doses; and vaccine safety in the context of routine use.” Malawi will be the first country of the three to initiate the trial, making the vaccine available to children up to two years old.  GSK is donating as many as 10 million doses of Mosquirix for this pilot program, which aims to reach around 360,000 children per year. National Ministries of Health in the three countries will determine where the vaccine will be disseminated, focusing on areas with moderate-to-high malaria transmission. Discussing the potential impact of the vaccine, Lelio Marmora, Executive Director of Unitaid, said that Mosquirix “is an exciting innovation that complements the global health community’s efforts to end the malaria epidemic. It is also a shining example of the kind of inter-agency coordination that we need.” WHO Director-General Dr. Tedros Adhanom Ghebreyesus said, “[w]e need new solutions to get the malaria response back on track, and this vaccine gives us a promising tool to get there… The malaria vaccine has the potential to save tens of thousands of children’s lives.”

The 12 months since WMD 2018 was full of great examples of how the private sector is contributing to the solution.

The ‘Malaria-to-Zero’ initiative is a good demonstration of the power of an organized private sector effort against malaria. Its goal is to galvanize and pool private sector resources and capabilities in order to save one million lives by 2020. The initiative’s two-pronged approach for accomplishing its goal includes the development of a platform to facilitate integration and synergy-building between new and existing malaria-eradicating initiatives, as well as a private sector catalytic fund which seeks to meet the malaria funding gap.

The initiative reports that in a 12-month period, it:

‘Malaria-to-Zero’ is championed by Access Bank Plc., and supported by the Private Sector Health Alliance of Nigeria (PHN), Aliko Dangote Foundation, Zenith Bank and Huawei, among others.

In April, Aliko Dangote Foundation expanded its Malaria Training Program for employees and contractors of the Dangote Group into Nigeria. The Program aims to educate employees regarding malaria prevention and control, with the goal of empowering them to reduce malaria both at work and at home, all while resulting in reduced malaria-related absenteeism at Dangote workplaces.

ExxonMobil and partner Grassroot Soccer (GRS) demonstrated a unique sort of corporate program in the fight against malaria with their initiative, which uses the common love of soccer to educate young people in Nigeria, Equatorial Guinea, Mozambique and Papua New Guinea about malaria as well as HIV/AIDS. GRS programs provided malaria testing as well as long-lasting insecticide-treated nets (LLINs) in addition to its efforts regarding disease-related education and life-skills training. In 2018, the program engaged over 55,000 youths, tested more than 1,600 people for malaria and distributed 1,400 LLINs to help prevent malaria.

Equatorial Guinea (EG) has also undertaken a unique malaria-fighting public-private partnership program. A coalition including the EG government, Marathon Oil, Noble Energy and Atlantic Methanol Production Company has agreed to co-sponsor clinical development of Sanaria Inc.’s PfSPZ Vaccine. The group recently announced a new agreement as part of their partnership, in which EG will provide US$22 million to support vaccine development and malaria control efforts within the scope of the Bioko Island Malaria Elimination Program (BIMEP), as well as an additional US$4.5 million over the course of three years in support of the development of the PfSPZ vaccines. Stemming from the partnership, Sanaria is planning a Phase 3 clinical trial in Malabo, EG, which the company says will provide data that will be used to support regulatory applications to US and European agencies. The partners reported that over the course of the BIMEP project, the prevalence of malaria on the island was reduced by 75% and the number of infected mosquito bites per capita was reduced from 1,000 in 2004 to three in 2018.

Goodbye Malaria continued its work in raising awareness and funds as well as taking action in the fight against malaria through Indoor Residual Spraying programs and Mobile Clinics, among other activities. It’s the brainchild of passionate and concerned African entrepreneurs who’d seen the devastation of the disease on the continent and had to do something about it. The organization collaborates with The Global Fund, as well as on cross-border programs with the governments of Mozambique, South Africa and Eswatini (formerly Swaziland) in partnership with private companies such as Nando’s, Bayer and Vodacom, demonstrating the power of innovative partnerships for combatting malaria.

Corporations can contribute to the fight against malaria not only through supporting collaborative initiatives but by developing products that can provide improved utility in malaria prevention and treatment. At the 7th Pan African Multilateral Initiative on Malaria (MIM) Conference in April 2018, WHO announced the approval of a new class of LLINs, called PBO (piperonyl butoxide) LLINs. The first PBO LLIN on the market is PermaNet® 3.0, developed by Vestergaard. This demonstrates a swift response to global concerns regarding increasing resistance to pyrethroids, which are the insecticides used in bed nets.

On the subject of LLINs, Nothing But Nets (NBN) is an LLIN-distributing, corporate-funded initiative that continued to make promising progress in 2018 and demonstrates the value of partnerships for malaria control. NBN partners with organizations such as the Bill & Melinda Gates Foundation, UNICEF, WHO, the RBM Partnership to End Malaria, and Malaria to Zero. It also partners with private corporations such as Sumitomo Chemical, which announced its third year of partnership with NBN in 2018 during which the groups will protect 1.2 million people via distribution of bed nets.

The theme for World Malaria Day 2019 is “Zero Malaria Starts with Me”. This campaign “aims to keep malaria high on the political agenda, mobilize additional resources, and empower communities to take ownership of malaria prevention and care.” World Malaria Day presents an opportunity to highlight global progress against malaria, and to assess ongoing efforts to eliminate malaria as well as the challenges these efforts face. WHO joined the campaign in 2019, which is already supported by organizations such as Speak Up Africa, the RBM Partnership to End Malaria, PATH and the African Union Commission. Good, scalable ideas can come from everywhere, and this one was originally launched by the Senegalese National Malaria Control Program.

In 2018, Commonwealth leaders met at the Malaria Summit in London and championed a Commitment to take bold political action aimed towards reducing cases of malaria in the Commonwealth by half by 2023. This initiative garnered nearly US$3 billion for the fight against malaria. Yesterday (April 24th), stakeholders from this initiative convened to reflect on the progress to date and to “shine a spotlight on best practice, partnerships, innovation and those making significant progress to achieve” the Commitment.

This is by no means an extensive list of global efforts surrounding WMD 2019, which also includes a series of events in Paris, the official host city of this year’s event, and an event focused on private sector engagement in malaria elimination in Bangkok that took place on April 23rd.

Of course, malaria eradication efforts don’t stop after World Malaria Day. This year, the Corporate Alliance for Malaria in Africa (CAMA) is collaborating with the Nigerian National Malaria Elimination Programme (NMEP) and the Nigerian Ministry of Health to convene a high-level forum for a national dialogue on malaria. A steering committee, which also includes the Global Fund, USAID/PMI, WHO and others, is guiding the process. The forum, tentatively scheduled for July 2019 in Abuja, will bring together public and private sector leaders including the Minister of Health, Commissioners of Health from 36 States, the private sector, civil society, academia, professional bodies and researchers to re-appraise the malaria situation in Nigeria and chart the way forward. 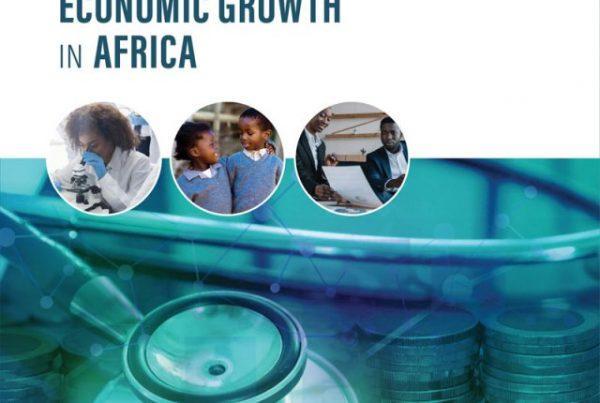 Africa: The Right to Health Belongs to All